An egg, a confectioner and Africa 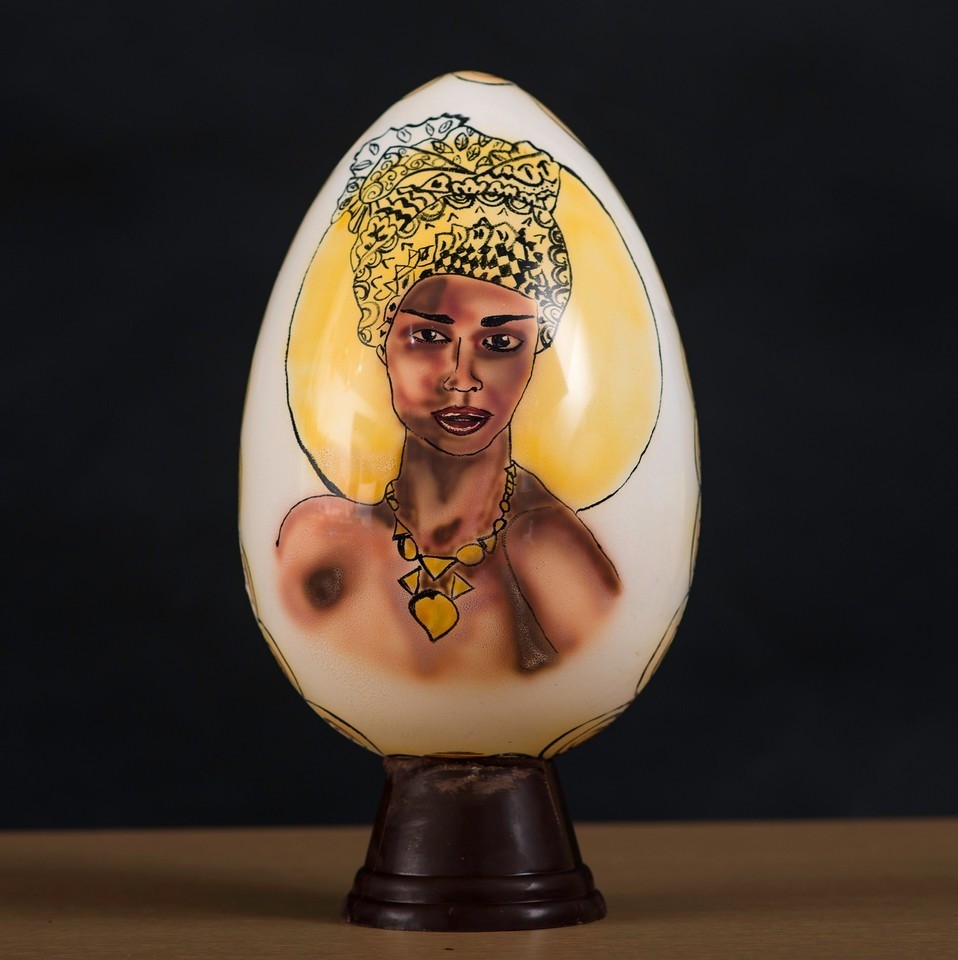 The idea of Airbrushed Eggs was born thanks to an ostrich egg.

A wedding gift, given as a present by a South African bride of whom Nicola Giotti was the best man.

Nothing incredibly different from any other gift in the warm continent’s handicraft tradition, excepting beauty of  breathtaking glossy decorations.

At that moment he asked himself: “Will it be possible to make a chocolate egg similar in shine and beauty to that ostrich egg?”

His teachers of the time considered it an impossible feat.

For the Giotti family the adjective “impossible” has never been contemplated, just read the story of the founder of our Pastry Shop and his Sospiro.

His path was not easy: it was long and full of obstacles, made of tests, trials and failures costing work, sacrifices and sweat.

Until, 12 years later, Nicola Giotti created the impossible: the decorated chocolate eggs he had always imagined, thanks to the technique of “Areografia Indiretta Speculare Lucida“.

The technique consists of working backwards: the chocolate egg is not airbrushed directly, but is worked on an egg mould – this is the special feature of this technique.

The design is made on the mould, then transferred to the surface of the egg, which takes on an extraordinary shine thanks to the effect of the colour transfer onto the chocolate.

The best part is now.

Light is the element of novelty and absolute beauty in this context, it represents vibrations that can be physically perceived by anyone, it transmits everything that is contained within us.

All the positivity, energy and passion used to create these works are perceived by the observer.

Do you know the phrase ‘shining with its own light’?

It has been scientifically proven that we “can convey our state of mind through photons“, the particles that make up light.

So we actually have the ability to transfer these photons to an object while we are making it, and it indirectly transmits this light and positivity to those who subsequently observe it.

Two of the most important airbrushed eggs made by Nicola Giotti were one in honour of the 150th Anniversary of the Unification of Italy, and the other on the occasion of Pope Francis’ visit to Molfetta, which was then donated to the Holy See.

Many others were made as a tribute to various important people from the world of cinema: from Luca Ward, an icon of Italian cinema and dubbing, to John Turturro, an important director and world-famous actor from Giotto, and icons of Italian show business, such as Maria Venier, Elena Sofia Ricci and Maria Grazia Cucinotta.

Also noteworthy was the creation of an airbrushed egg dedicated to Sergio Rubini, the main actor in the film “Il Bene Mio” by Pippo Mezzapesa, an Italian director and screenwriter born in Bitonto.

It is exciting and at the same time enlightening to be aware of such an innovative and exciting technique.

If you want to know more about the technique and its history, you will find everything in the book “Metamorfosi” written by Nicola Giotti himself.

admin
Back to Top