Water in its best dress: Airbrushing 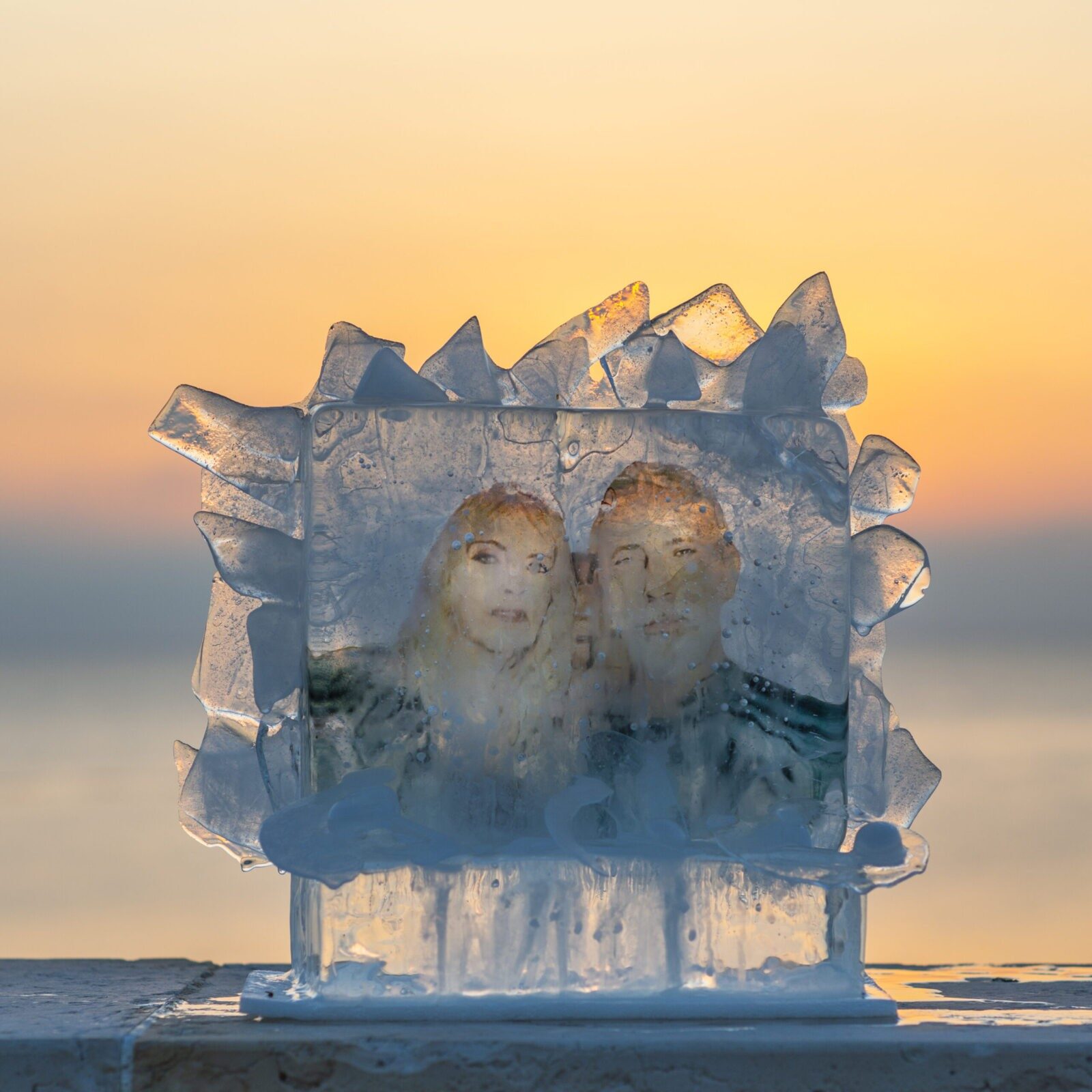 Let’s not talk about brands and clothing brands; the protagonist is water, but in its most crystalline form: ice.

For launching the application of “Shiny Specular Indirect Areography” on ice, being our whole nation in quarantine due to Covid 19, a live broadcast on various social media was organized with Irina Petrenko, head of the Italian-Russian “Center for Dialogue on Tourism and Culture”.

Her presence was of particular importance as it represented an event of religious union. The realization of St. Nicholas, symbol of the union between Catholic and Orthodox religions, placed on the background of the Basilica of St. Basil in Moscow is in fact one of the first works made with Airbrushed Ice.

Just as water has many possibilities to be present in nature, so airbrushed ice has been the main character in other contexts: music, food, cinema, art.

Jalisse, the famous musical duo, took part in the live broadcast for the launch of this new technique.

Hence the idea of establishing a collaboration for their single “Non avere paura di chiamarlo amore“, for whose videoclip Giotti and his partner Russi have created several works in Areographed Ice that tell the story of the song on an artistic level.

Starting from the Areographed Ice, the next step was the Areographed Cocktails, made with the same principle used for the ice. Thanks to this method, drawings and figurative images are created inside the fluid.

It is worth mentioning that the launch of this new product was attended in Giovinazzo by Renato Casaro, the greatest illustrator of movie posters in the world.

His presence was a consecration of great prestige together with the participation of Alberto Ponno, considered the Michelangelo of the world’s areography.

They are two characters who at different times have contributed to Giotti’s personal growth:

Ponno opened his horizons by illustrating him his airbrush technique, which consists mainly of freehand work; Casaro made a sketch of Don Tonino Bello from which Giotti then took inspiration to make an Airbrushed Egg, given as a gift to the Vatican City on the occasion of Pope Francis’ visit to the diocese of Molfetta in 2018.

Continuous research and an ever-growing desire for innovation led Nicola Giotti and his business partner Damaride Russi to create the first airbrushed food silicones: an achievement that led them to work on behalf of Decosil, one of the most important food silicone mold companies in the world.

This is how the fruit of one man’s work and ingenuity can be so familiar with the properties of water: the fluidity of human thought can really shape and change one’s life.

admin
Back to Top